“The pantomime in Year 7 was really good fun – I laughed so much I lost my voice!” 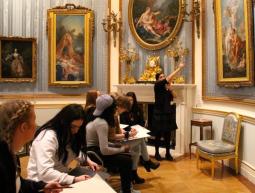 Trips, visits and enrichment activities are an important part of school life at Highsted and are integral to our belief that learning should be fun. In every academic year there are a number of trips and activities across each year group which enhance pupils’ learning beyond the formal classroom. To download our Educational Visits Policy, please follow this link. Below are some of the places we have been and activities we have recently taken part in.

Highsted recognises the benefits associated with learning outside of the classroom and as such ensures that all of our students have the opportunity to experience a range of different trips and activities. Already we have many trips booked in for the rest of the academic year including residential trips to East Anglia, trips to London Theatres and visits abroad. This page indicates a representative selection of these trips, visits and enrichment activities.