On Friday 5 July, Highsted celebrated its annual Sports Day with records broken and a tightly contested set of overall scores for each House. This year the theme for Sports Day was ‘Sporting Events Around the World’ with each House representing a country hosting a major sporting competition. 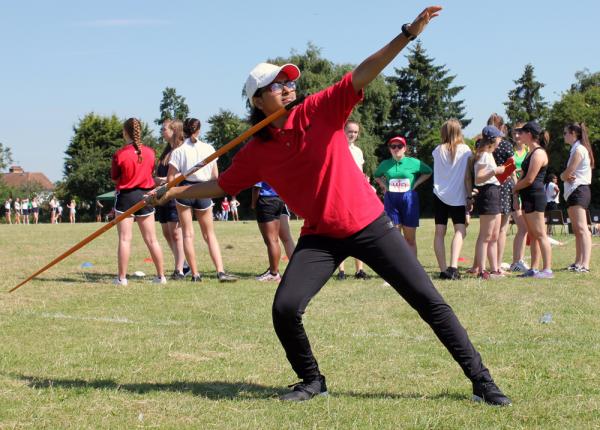 Chanel drew the ‘Rugby World Cup’ hosted by Japan, decorating their support area on the field with Japanese flags and rugby ball bunting – made by students. Staff and students wore rugby shirts for the day to show their support. Eliot’s area was representing the ‘Athletics World Championships’ hosted by Qatar. Students had created a beautiful model athletics track complete with images of famous athletic events and lots of orange to celebrate Eliot’s trademark house colour. Franklin House received the ‘Cricket World Cup’ hosted by England and Wales. Staff and students wore the traditional all white clothing and set up a fantastic traditional ‘English High Tea’ in their support area complete with miniature cakes on tall cake stands, cups and saucers and decorative tea pots. 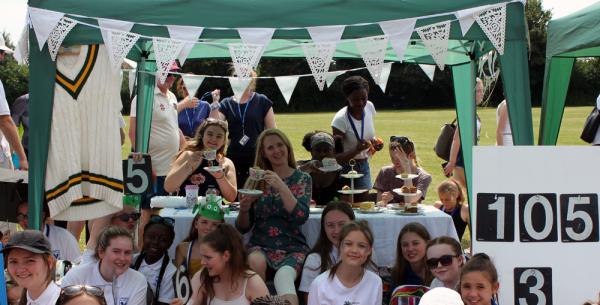 Keller were representing the ‘Women’s Football World Cup’ hosted by France – keeping their French theme from last year where they celebrated the ‘Tour de France’ and featured Mr Webb running a relay race with a traditional baguette. They flew football decorated flags and students wore football shirts. Roddick, to the amusement of many, drew the ‘Swimming World Championships’ hosted by South Korea. They took to their theme in great spirit, adorned with a series of armbands, swimming goggles and inflatables on the day. Finally, Seacole had the ‘Netball World Cup’ hosted by Liverpool with some students wearing traditional netball dresses while others wore homemade netball bibs. The Seacole support area was decorated with colourful netball themed bunting created by students.

Each year there is a competition for the best dressed and decorated support area for each house and traditionally the Houses put on a performance of some kind to raise House morale before the much anticipated relay events. This year was no exception with Chanel performing a jaw dropping traditional rugby ‘haka’; Eliot were inspired by the runners from the popular ‘118 118’ TV advert and created a show of athletic stretches; Franklin invented their own dance routine inspired by cricket umpire signals to the Nintendo ‘Wii Fit’ theme tune; Keller sang ‘Football’s Coming Home’ and showed off their football footwork; Roddick amazed us by ‘swimming’ down the track before switching to the Korean ‘Gangnam Style’ by PSYfor the final stretch; and Seacole performed a netball cheer and acrobatic display.

Highsted is incredibly proud of the efforts of all students and staff, everyone made the day an enormous success.